Life in the sea - crabs 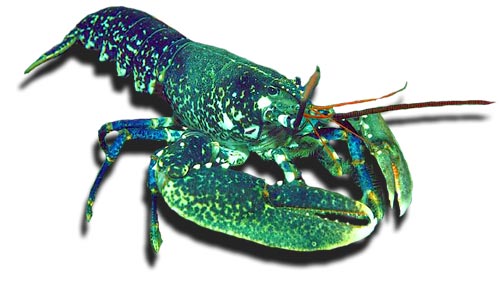 A decapod crustacean of the Homoridae genus. Its body is elongated and cylindrical, with smooth armour. It has two pincers, the right of which is more developed and used for crumbling food and fighting. The biggest specimen ever caught weighed about 12kg and was about 100cm long. An average one weighs about 0.60kg. Its meat is highly rated and in great demand. Most of the catch ends up in restaurants because of its quantity, high prices and top-quality meat. It can be prepared in different ways, but the best one is in the 'buzara' style or in lasagnes. 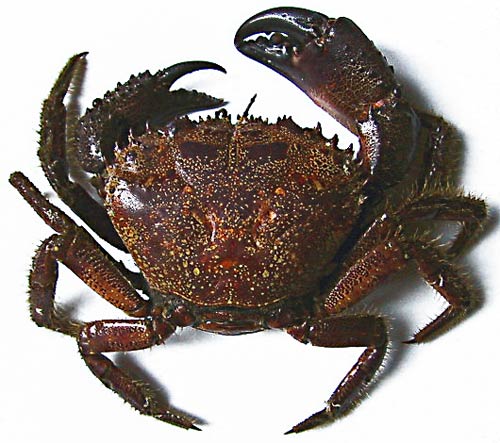 A crab of the Xanthidae family. It has a strong, flattened body with pincers of unequal strength. Its legs are covered with stiff bristles. The longest specimens are 12cm long and weigh about 0.40kg. An average specimen weighs about 0.05kg. It lives in shallow water, using high and ebb-tide on rugged and stony shores to find different holes and cracks as hiding places. It is fast and skilled, and its pincers are very firm and have a strong grip, though they are rather small. Its meat is very tasty and sweet, and it is a compulsory ingredient in a fish stew. It is also a real delicacy prepared alone in the'buzara' style. It has no economic importance, but it is highly valued by connoisseurs of Mediterranean and seafood cuisine. 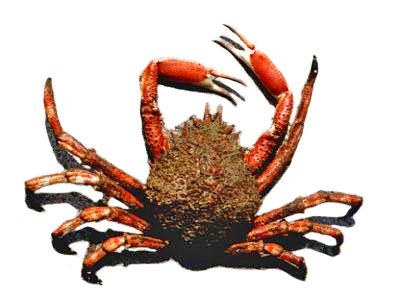 A crab from the Maidae family. Its body is triangular and oval with a pointed frontal part. It moves very sluggishly at the bottom of the sea using 4 pairs of long legs and 2 pincers. Its body is covered with short yellow hair. Its armour is up to 25cm long, and its weight can reach 1.5kg. An average specimen weighs about 0.40kg. It lives at a depth of 50 metres on hard surfaces, but when it is spawning and migrating it can be found on sandy sea beds, moving in groups. Its meat is tasty and much appreciated, and is usually boiled and then mixed as a salad.