North of Rovinj, about a 20 minute car-ride away, one of the most beautiful natural resources of the Istrian peninsula, Lim Bay, is located, also known under the name of the Lim channel of the Lim fiord. Of course, both expressions are incorrect since the geological beginnings are interpreted through the erosive activity of the Pazincica, a rivulet that now is in its largest part a small gulf. 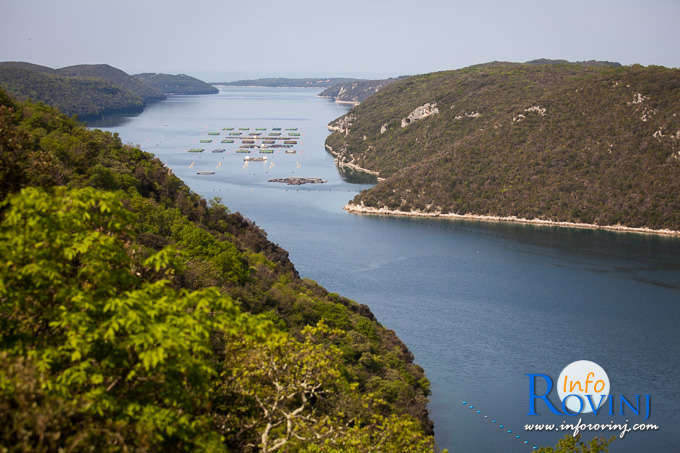 Lim Fiord is part of the 35 km long Lim Valley (Draga), that stretches almost to the center of Istria, to the town of Pazin. The Fiord itself is a little bit longer than 10 km, it is 30 meters deep and its widest part is around 600 meters wide. From both sides very steep mountains rise, in some parts even up tp 100 meters.

The water in the bay is partly brackish, because of its underwater sources of sweet water and it is thus suitable for the growth of plant and animal life and it is also a well-known fish and oyster farm (oysters, mussels, giltheads, sea basses.).

All these delicacies can be tasted in two restaurants on the very coast of the bay. The bay surroundings are very interesting, the plant covering is lush and diverse, reaching from evergreen to deciduous trees, where various wild animals live, such as boars, fox, badgers, some roe deers and birds like hawks, buzzards, owls.

Free climbing lovers will find a suitable cliff on the northern side, where during the summer time fans of this extreme sport are doing their daily climbing tour.

The historical background of Lim Fiord is interesting for various reasons. Even before Christ, the Illyrians were building their colonies, the Illyrian forts, on the surrounding mountains. On the southern side, nearby the quayside and the restaurant, some hundred meters high, Romualdo's cave is located, where during the 11th century and later chuch ceremonies were held. 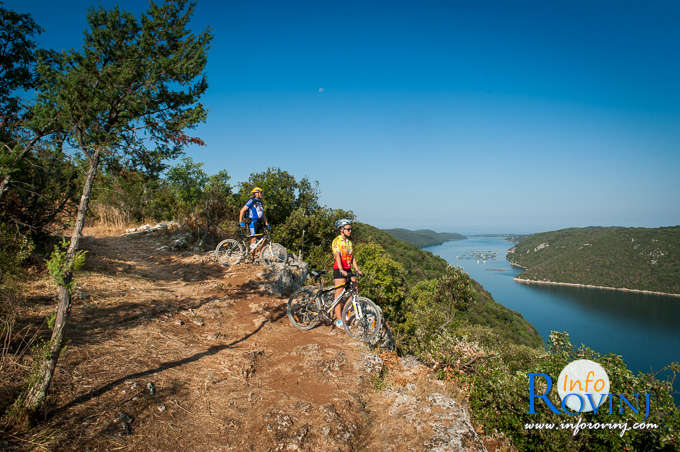 Tradition has it that Romualdo was a priest who lived the life of a hermit, and the foundation of the nearby located Benidictine monastery St. Michael is also credited to him. Two years ago the cave was cleaned and opened for public, including the possibility of an organized visit with a guide.

The very name of Lim has its origin in the Latin word "Limes" (border), since as far back as during the Roman Empire the valley divided two of the Roman provinces at that time, the today's cities of Poreè and Pula. Forty years ago, a movie on Vikings was made here, "The Vikings", with Kirk Douglas in the leading role. Closeby, Dvigrad is located, a small mediaeval town which is certainly worth a visit.

Lim Fiord has protected landscape status and thus the driving of motor crafts, fishing or diving is strictly forbidden.