Rovinj represented an exception among the cities on the west coast by the lack of a franciscan monastery during the first period of the existence of the order. Only at the end of the fifteenth century, the Diocese of San Geronimo decided to build one on the island of St. Andrew (Red Island) near Rovinj, upon the site of the Benedictine hospice and the church from the sixth century. According to tradition, the monastery was founded by St. John of Capistrano, a famous missionary engaged in the fight against the Turks. His body is kept in the Franciscan monastery of Ilok, in eastern Croatia. 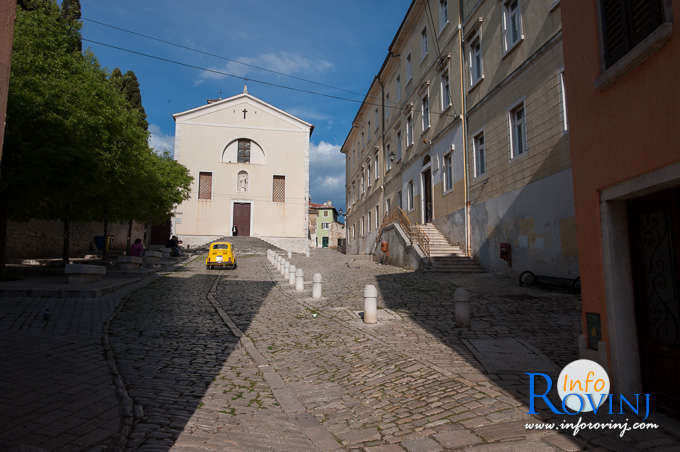 In 1807, after nearly four centuries after its foundation, the monastery of Saint Andrew was closed by Napoleonic authorities.

In the early eighteenth century, the St. Anthony's franciscan reformers built a new monastery in the north, in the continental part of the city, which was not yet connected to the mainland.

In 1696 the City Council invited the franciscans to come to Rovinj to erect a new hospice. The approval of the Doge Alvise Mocenigo arrived in 1700 and two years later, in 1702 the construction of the church and hospice began. On that occasion, for the first time explosive was used in Rovinj to derive rock tanks for rainwater.

The church was completed and consecrated in 1710, but the monks began to occupy the spaces of the hospice while the rest of it was still under construction. Over the years, the monastery and church of St. Francis of Assisi in Rovinj have gone through many crises and many changes. In 1802 an accidentally caused fire destroyed the northern part of the monastery, which was quickly rebuilt thanks to donations of the faithful. 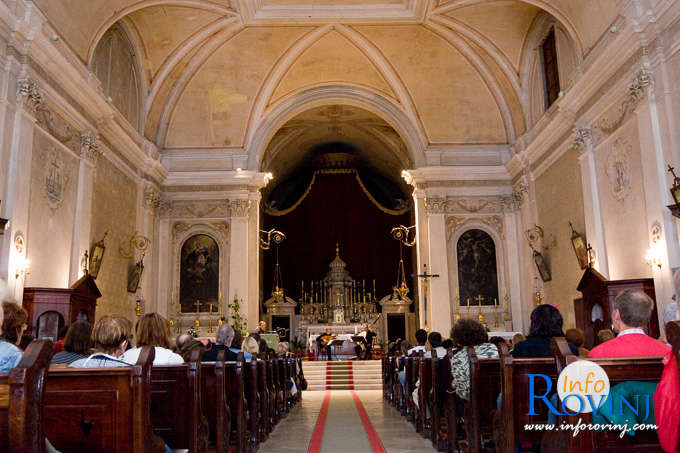 In the monastery, more than two hundred and fifty works from the fifteenth to the twentieth century are being kept. The artifacts had been processed with traditional art techniques and different materials and bear witness to the creativity and the human ability.

The subjects of the works are mostly of a religious nature, related to the liturgy and popular forms of worship. Many artifacts are related to activities carried out under the auspices of the monastery, in particular to the school and to the study of theology. Other artifacts for daily use, are of great interest because they describe the ethnographic material culture of this area. In a nutshell, these products represent a significant sign of the complexity and richness of religious life and the local community over the past centuries.

Most of the works come from the church and the Franciscan monastery, the rest are from other locations. It can be assumed that, after the closure of the monastery on the island of St. Andrew, a part of the inventory has been transferred.

The collection consists of 28 paintings in oil on canvas, on wood and copper. Worth mentioning in particularg are two baroque paintings of great value, probably originating from Venice, with christological theme, the earthly life of Christ. Of the eighteenth century are a series of works representing the Holy Family.