The legend of St. Euphemia

To have a better understanding of how it happened that such a big and impressive church was built in Rovinj, we first have to explain who was St. Euphemia, and why she became the patron-saint of the town.

In the time of Tsar Diokletian many Christians were captured, persecuted and killed. Among them was a young girl called Euphemia from Chalcedon, a town in Asia Minor. She was born in 290 to a well-known patrician family. 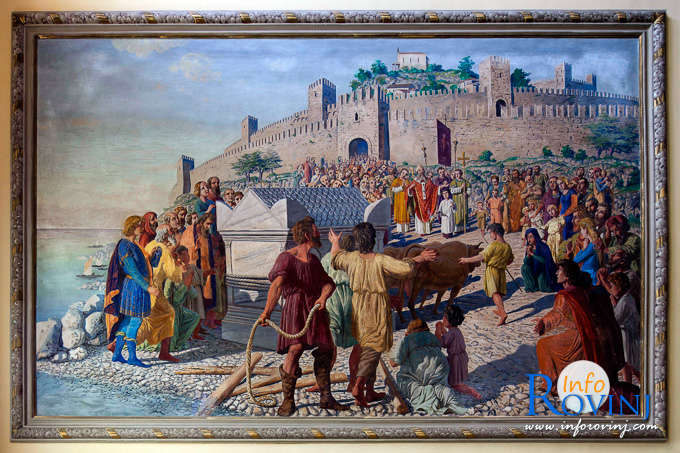 When she was fifteen years old, she was arrested by Diocletian's soldiers, and when she refused to give up Christianity, she was tortured with cruelty (on a wheel). She still remained loyal to Christ, and was thrown to the lions who eventually killed her but did not devour her body.

There are no historical data about the life of this saint, but it is known that she died on September 16, 304. Christians from Chalcedon preserved the body of the martyr until 620 when the town was captured by the Persians. The sarcophagus with the body of St. Euphemia was then transferred to Constantinople, and placed in a magnificent church which was built in her honour by Tsar Constantine. In 800 the Iconoclasts (icon-slashers) came to power, and the Christians were forced to remove the relics of St. Euphemia. 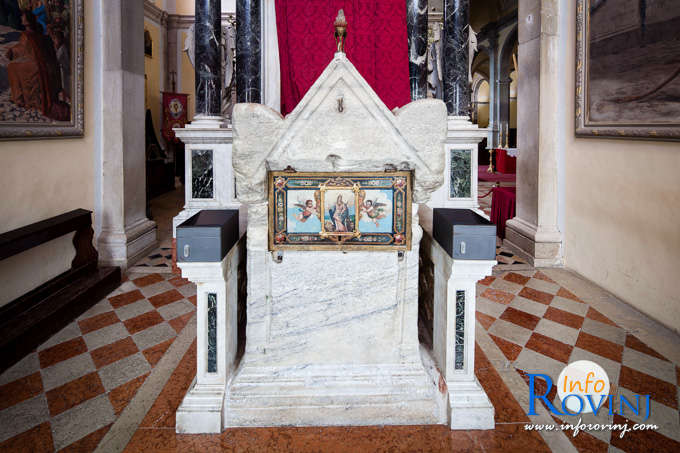 The people of Rovinj considered it a miracle, and they proclaimed St. Euphemia the patron-saint of the town. St. Euphemia's Day is celebrated on September 16. Many visitors come to Rovinj to participate in the grandious celebration with rich program which takes place on the main square in Rovinj. Traditionally, on St. Euphemia's Day people eat mutton with sauerkraut ('ovca z kapuzom') and 'fritule' an Istrian delicacy.