Near the road Rovinj-pula, about 2 kilometers far from the centre of the City of Rovinj, in the locality of Monfiorenzo, is situated the quarry phantasy, a geological park of remarkable beauty and importance. According to expert oppinion of numerous scientists, it is one of the most significant nature monuments in the world in the perspective of the karst phenomenon. The lime-stone of the quarry phantasy, like the open book pages illustrate the history of the evolution of the terrestrial crust. 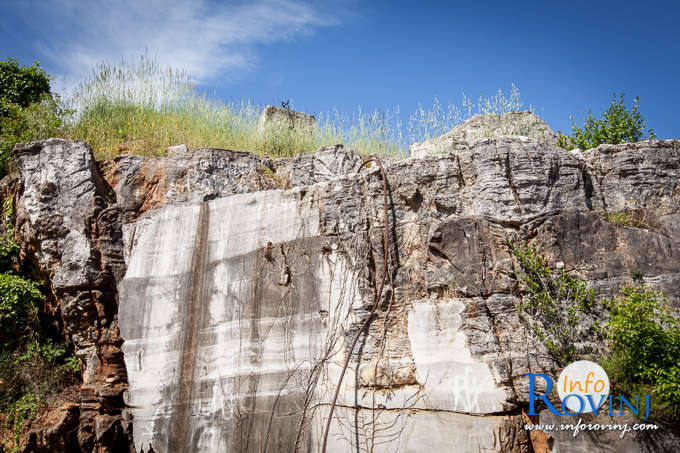 Various layers give evidence of the existence of the the fossilized meadows consisting of sea-weads, which, blanded with lime-stone silt, were drifted on the shore by strong currents during the last 130 million years.

The quarry phantasy will reveal to a more careful visitor a considerably big number of furrows made of black and white dolomiti layers. Furthermore, there are fissures formed by tightening and exsiccation of the silt that had been squeezed into the previously created sediment.

The lower part of these stony layers was formed below the sea level, while the upper part is the result of the high-tide.