The fort of Monkodonja is located about 5 km south-east of Rovinj, and was discovered in 1953 when the first excavations were carried out. Since 1997, detailed research and a partial architectural reconstruction of the site is being conducted. 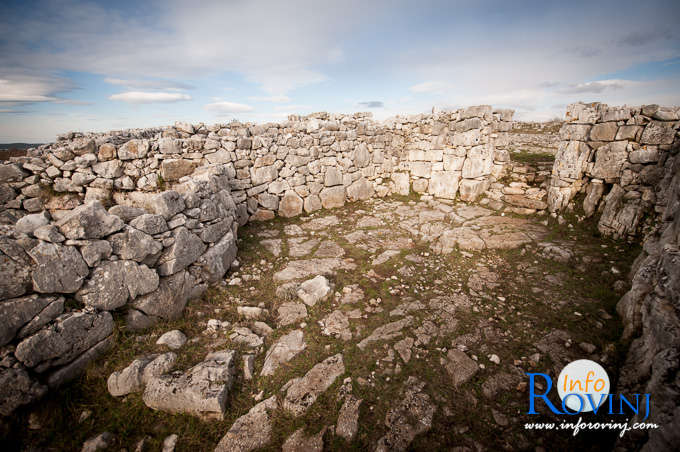 The town, surrounded by walls, built with blocks of stone with the dry technique is located on a hill and its side terraces that are created with stones quarried and crushed from the hill to give space to the village. The casteliere was inhabited in the period from 2000 until 1200 BC.